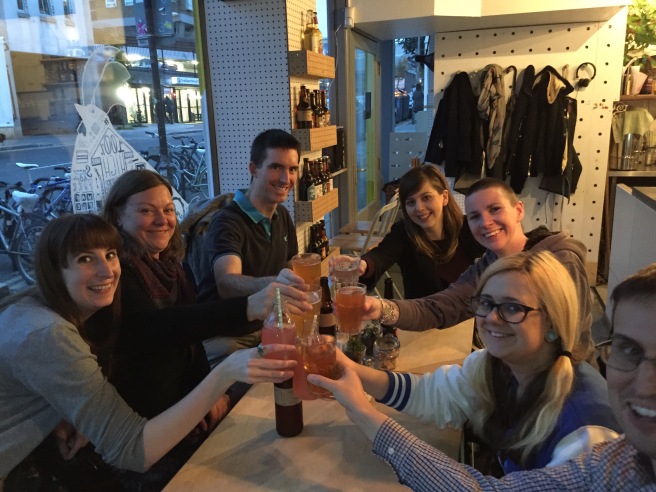 On the Thursday before we already met a few testers at the pub. Some faces I knew from other test bashes and many new ones!

Friday started with a lean coffee event that I cannot say much about because I didn’t go. I do recommend going though if you can. These session always seem to be really helpful and great to start getting your mind into gear for the conference.

My speaker nerves took over and I had to take the extra time to prepare mentally, hence I did not go.

The venue was nice and open. We had a little podium which some hated, as they wanted to walk around but I embraced because I didn’t have a remote control for changing the slides. I didn’t know if I ever wanted to speak again so didn’t invest in one. Remotes with integrated laser pointers were very popular though. 🙂 (unless that was the same one provided by the venue).

The opening session was by Maaret. I loved her style. Even though there were 100ish people in the room she made it feel really personal. Her story focused around moving testing and testing activities to other business activities such as questioning requirements, business analysis, looking at wire frames. 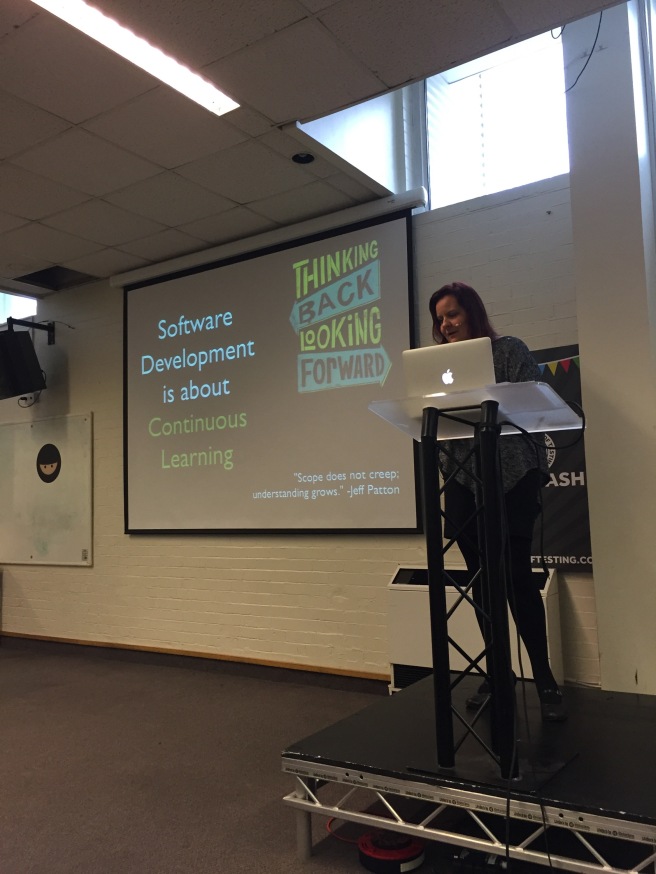 She advised though to remember your commitment to the team is to test the software, but to think about opportunity cost. Moving her testing upstream in the development cycle means she may have less questions and hence her actual testing is performed quicker.

The second talk was a lovely double act my Jokin and Marta. They told the story of hiring and being hiring. I liked the dynamic of the talk and the 2 POVs. Made me wonder if I can find a similar personal story to tell as I have enjoyed the hiring process in my previous role but also have learned a lot about it.

Next up was my own talk. I told my story of how I integrated testing professionals in a company which for 7 years never had testers and how I hired and then tried to create my dream team. It was great to be able to reference Joikin and Maaret in my section about hiring. I think doing something like that makes the talk more natural as well.

During the break I was approached by a few people (sorry I have forgotten names, I was in a daze), and we chatted a bit more about my story which made me think it went well. 🙂

The 3 pre lunch sessions were by Stuart (@HowWright) who had a similar story to me but with a very different backdrop of the mobile games industry. I liked his fearless approach that he described, making a team from local testers and giving them a great environment to work and thrive in.

I also loved his slides. They were mainly awesome images that really gave the talk a certain feel.

Before lunch we had Guna. She told her story of how she found testing and interacts with the community and what she gets out of it. I still love her poignant remark in her 99 second talk which felt like a nice extra point that as much as she wants to be a tester rockstar, she has realised it takes a team to become a rockstar team where everyone shines. I loved her analogy that she saw a band where the guitarist overpowered the main singer and just did 20 mins solos all the time.

After lunch we had Emma. Me and Emma worked very closely together on our talks, so I felt really nervous for her but she smashed it. Nice balance of humour and education and such a great topic. I won’t say much more because she will do it again on the 11th Nov in Brighton, come and see for yourself.

A very visual talk was given by Stephen (@stephenmounsey) about using sketch notes. He showed us many and how he remembered what they were about giving us a variety of great hints and tips. He then took it a step further and showed us how visualising tools and gamification tools have helped him promote good testing. I remember meeting Stephen in the spring and he showed me some of his sketch notes and I can still recall a lot about their delivery pipeline. Visuals work! 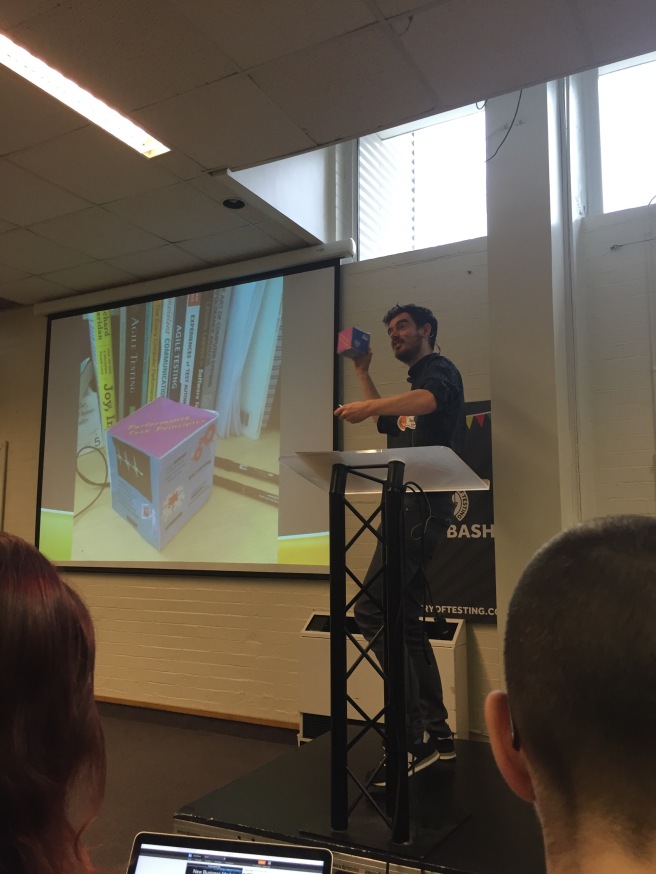 Next up we had another personal testing journey story from Frank. He worked at lego now but his journey of how he got there was very interesting. Maybe it was a reflection on the Danish tech industry. I would have loved to explore that further through a chat with him.

The afternoon was rounded up by Dan’s talk about security. I love that he integrated the newly revealed attack on talk talk and he made up his own nemonic based on his love for doctor who.

Dan is inspiring because he didn’t start as a security tester but it became a topic he was fascinated by and he just started learning and now shares his knowledge whenever he can.

Richard had the final spot of the day. He talked about being an automation tester that has found mobile testing does not necessarily work with automation. He shared some great tips about lining devices up to do the same task, how to make sure your colleagues don’t steal your charging cables, and to go outside and test.

Sorry if these aren’t in the correct order but they mostly are. 🙂

What stood out about tinytestbash was something that Rosie summarised well here.

I agree it was very honest and a very inclusive event where everyone was approachable.

For the first time speakers it was a great setting with supportive audience. I was also told that someone found it inspiring how many female speakers Rosie had found.

I hope this event will happen again as it is a nice platform for newcomers to share how they got to where they are now.

Let me know if I have missed anyone’s blogs or twitter handles and I will add them. 🙂

she sews by the seashore...

its a drum and bass life!

writing with attitude since 1979

musings from Sydney on quality and testing

Welcome to the homepage of Kris Corbus

Patience of a Tester...& some possible swearing!

My Testing, my life, my random thoughts...

thoughts of a software testing consultant from Scotland

Thoughts and experiences from a life in Software